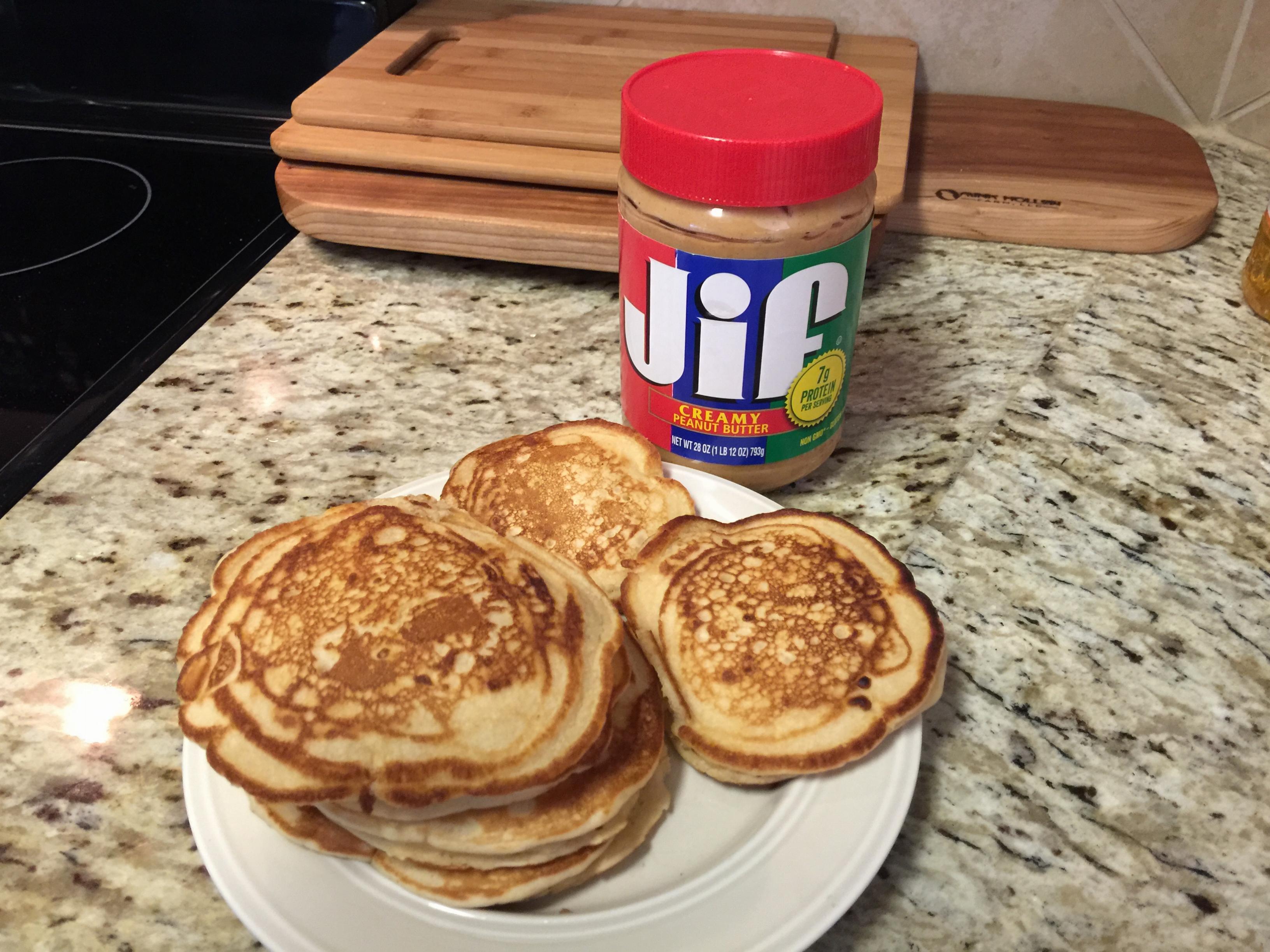 Recently we saw an article about Rosa Park’s Featherlike Pancake recipe. We also looked online and there were quite a few additional articles about this recipe and Rosa Parks. Rosa Park’s was a key African American civil rights activist, famous for refusing to give up her seat on a segregated bus back in December 1955. This action on her part resulted in protests which helped to eliminate segregation laws and helped pave the way towards achieving racial equality. After her death, when going through her papers, this recipe was found written on an envelope among the papers. 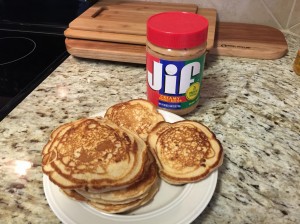 Pancakes with peanut butter in them

One of the ingredients in this recipe is peanut butter. We make pancakes an a fairly regular basis, and we are big fans of heart healthy peanuts. Eating peanuts, has been shown to reduce heart disease, diabetes, cholesterol, and lower blood pressure. We don’t want to miss our on an opportunity to promote peanuts which are grown in the southern states from Virginia to New Mexico, but primarily in GA, FL, AL, TX, SC, and NC. 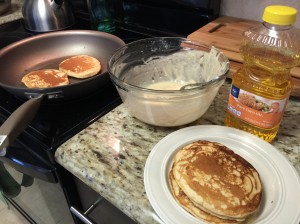 We really liked this recipe. The pancakes are very fluffy and lite. The peanut taste is there but not overwhelming. We ate ours with, real maple syrup, jam/jelly, and bottled store bought pancake syrup. It all tasted great!! We ate quite a few of the pancakes without anything on them at all. They were almost habit forming; being eaten by the stove and never making it to the table.

Putting it all together:
1) Preheat your griddle or frying pan over medium heat. We use a little corn oil to grease the pan.
1) Combine all the dry ingredients together in a medium to large bowl by mixing with a spoon.
2) Mix all the wet ingredients together in another bowl until uniformly blended. It took a little extra mixing to get the peanut butter blended.
3) Combine the wet and dry ingredients and mix until pretty uniform. A few lumps are ok! Avoid over mixing!
4) Pour or spoon your batter onto the hot pan.
5) Flip when the edges start to cook and “bubbles” start to form across the pancake.
6) Flip one or two times.

Cooking Notes:
1) Check for being done by making a tiny cut in middle of the pancake with your spatula. If there is no liquid batter, it is done! We make our cut on the underside of the pancake.
2) This recipe yielded about 10 four inch pancakes which was easily enough for 3 average servings. If you’re feeding teenage boys, that is whole different story!!

Related stories:
When I was growing up in western NY state, one of my friends was part of a big family with at least six children, four of which were boys. I stayed overnight at their house one night and ate breakfast in the morning. Their mother made pancakes. Each child, including me, got one big pancake. Each pancake was made big enough to cover the entire top of a full size dinner plate. The pancakes were great!! It was her way of feeding a small crowd, all at once, making it uncomplicated and still really good!!

Years ago, I worked with a young man who had been an assistant manager at a peanut processing plant in North Carolina. One of the products they made at the plant was Jiff® Peanut Butter. He remarked that the specifications for Jiff were for the very highest quality peanuts. We have eaten Jiff ever since.