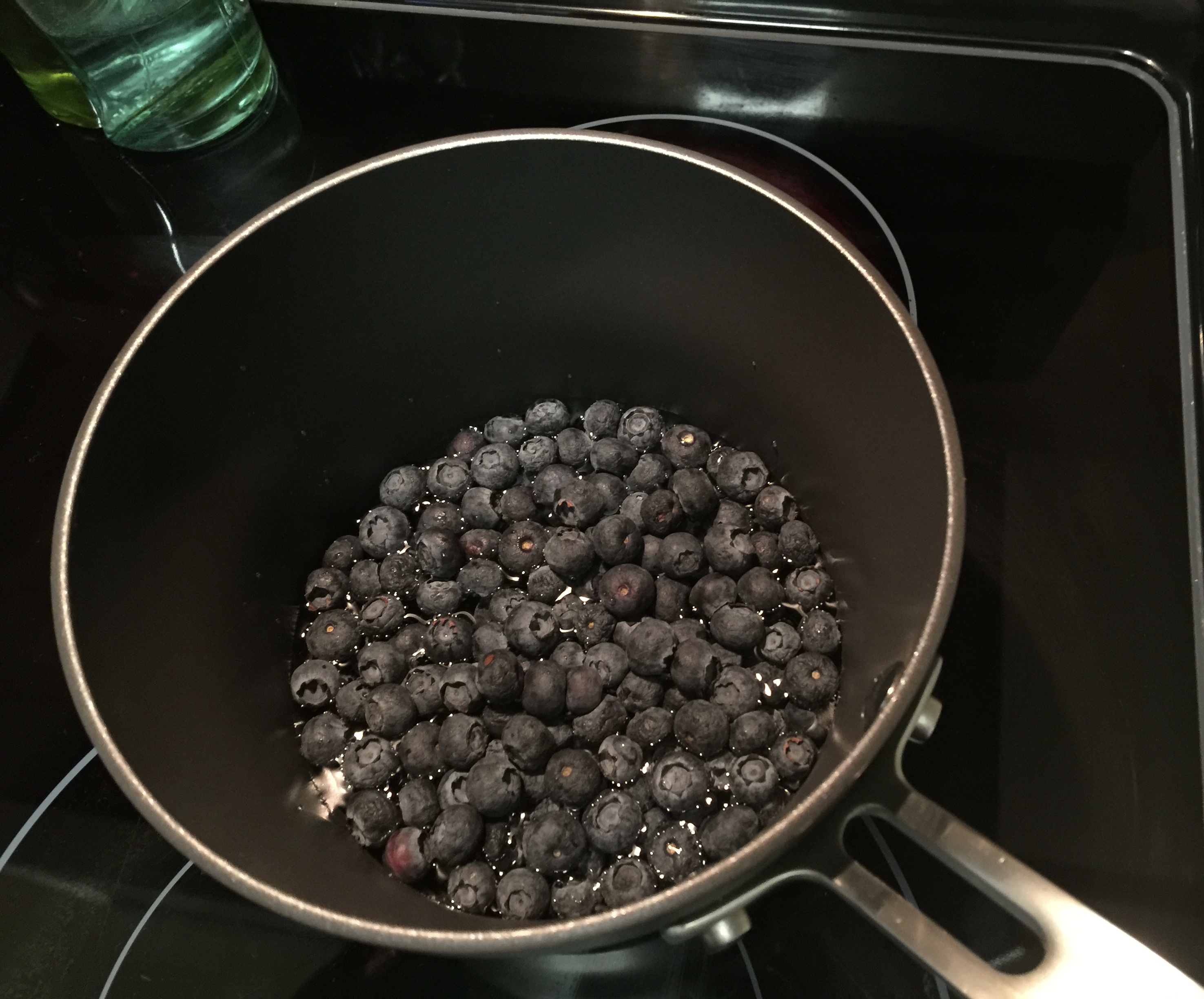 We really like blueberry sauce on pancakes for breakfast. We also like blueberries in the pancakes, but some people in our family don’t like the berries in the pancakes, but like the sauce on top. A simple blueberry sauce can be made fresh, or prepared ahead of time and frozen in the freezer. It really only takes a few minutes and is really appreciated by our breakfast “customers” 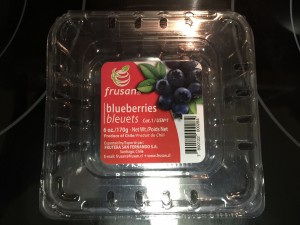 Blueberries are available almost year around

Blueberries store quite well in the refrigerator, but sometimes we don’t use them all and want to make something before they go past their prime. This sauce can be made with fresh or frozen berries. For cooked blueberry recipes, sometimes frozen blueberries are the most economic source. Frozen blueberries can be home frozen or purchased at the grocery store. Blueberries vary in how sweet they are, so the amount of sugar added may vary. 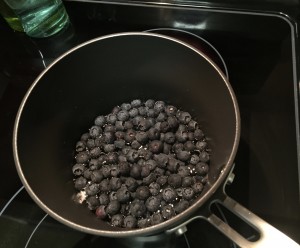 Simmer the blueberries with a little water 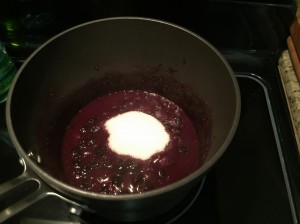 Putting it all together:
1) Add the blueberries into a sauce pan with a little water. The water is to keep the berries from burning on the bottom of the sauce pan until they start to release their own juice. You just need enough to cover the bottom of the pan. Not much!!
2) Heat the berries on low heat until the berries split open and release their own juices, and begin to simmer.
3) Add the sugar until the sauce is sweet enough for your taste. Stir until it is dissolved and they start to simmer again.
4) Add thickener (we have used both Wondra® and corn starch). Add a little at a time until you get the thickness you want. Keep stirring the whole time you are adding the thickener.
5) Serve or prepare to freeze. 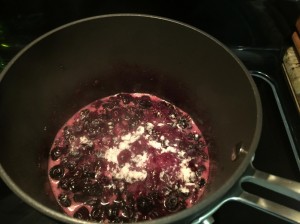 Once the sugar is dissolved add a thickener

Between the producers in the USA, Latin America, and South America, this fruit is available almost year around. In the USA, blueberries are produced from Florida to Maine and California to Washington state. New blueberry varieties have been developed over the past 30 years, which can be grown in a variety of environments. Surprisingly, some varieties can take the heat of southern growing conditions very well. The state of Georgia is now becoming a major producer of blueberries. 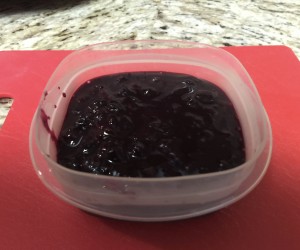 Once purchased, and placed in the refrigerator, it is best not to wash blueberries until you are ready to use them. Blueberries can keep for several weeks and many times will start to dehydrate before they start to mold. Moldy berries should be discarded, but dehydrated berries can rehydrated when making this blueberry sauce. Most blueberry packaging has air holes to help keep the berries dry. 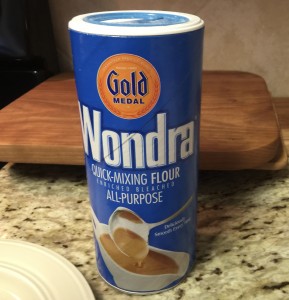 One of our favorite products is Wondra®

Wondra® is a very fine sifted flour used for making sauces and gravies. We like this product because it is easy to use and almost eliminates lumps forming in the gravy or sauce. We find the results superior to sifted flour or corn starch for amateur cooks.