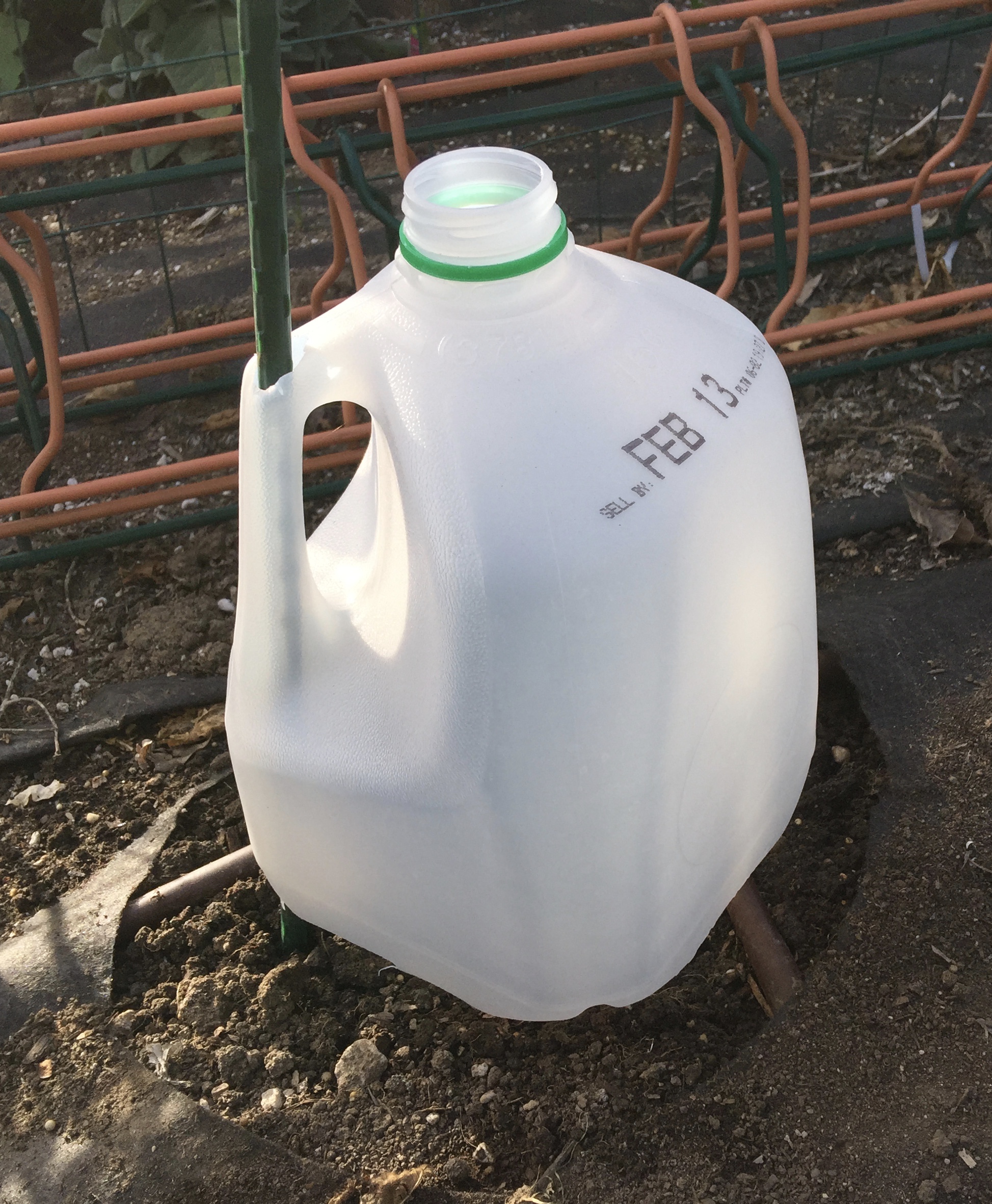 Our goal is to establish summer plantings about 4 weeks earlier than normal. Much of this goal is accomplished by raising the soil temperature and holding the soil temperature higher where our plants are growing. We are basically accomplishing this by raising the temperature higher during the day by capturing the heat from the sunlight trapped by milk jugs and storage tubs. Under the caps we are insulating the heat loss from the soil to the atmosphere at night by using fabric or natural mulch. The storage tubs are superior at holding the heat because they cover a larger area.

In our spring garden, we are planting when there is still a chance of cool weather and an occasional frost. We wanted to create an inexpensive cap to hold heat to the ground on cool nights, while allowing ventilation during sunny days. We looked to something we throw out about once a week; milk jugs. We are also experimenting with using the bottom of the jug to aid in holding heat and providing some weed control under the cap. 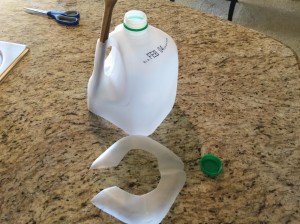 For ventilation, you can remove the cap during warm weather periods. For cold, cloudy periods, we just drilled a hole in the cap to restrict heat loss. On really cold nights you could put a cap on without a ventilation hole. 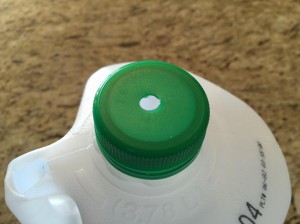 We wanted to secure the jug from movement, like during high winds, without using the center hole (pour spout) of the jug. To to this, we cut a small hole in the handle and we slid a narrow, relatively short stake, down through the handle into the ground. The jug will slip up the stake and off to the side to check on the plant. 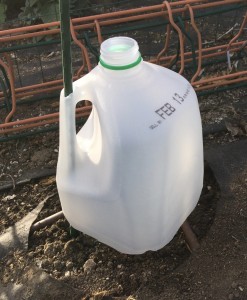 In place in the garden over drip tube

We are also experimenting with upside down storage tubs for the same reason. So far, both have worked well, except the storage containers cost $8.00 a piece. We have drilled ventilation holes in the top of the storage tubs. We hold them down with small bricks or stones. The advantage of the storage tubs is that they can be used over larger plants like potatoes. We used the tubs to get our potato crop through a few frosts. 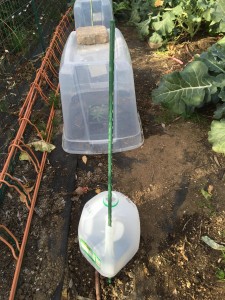