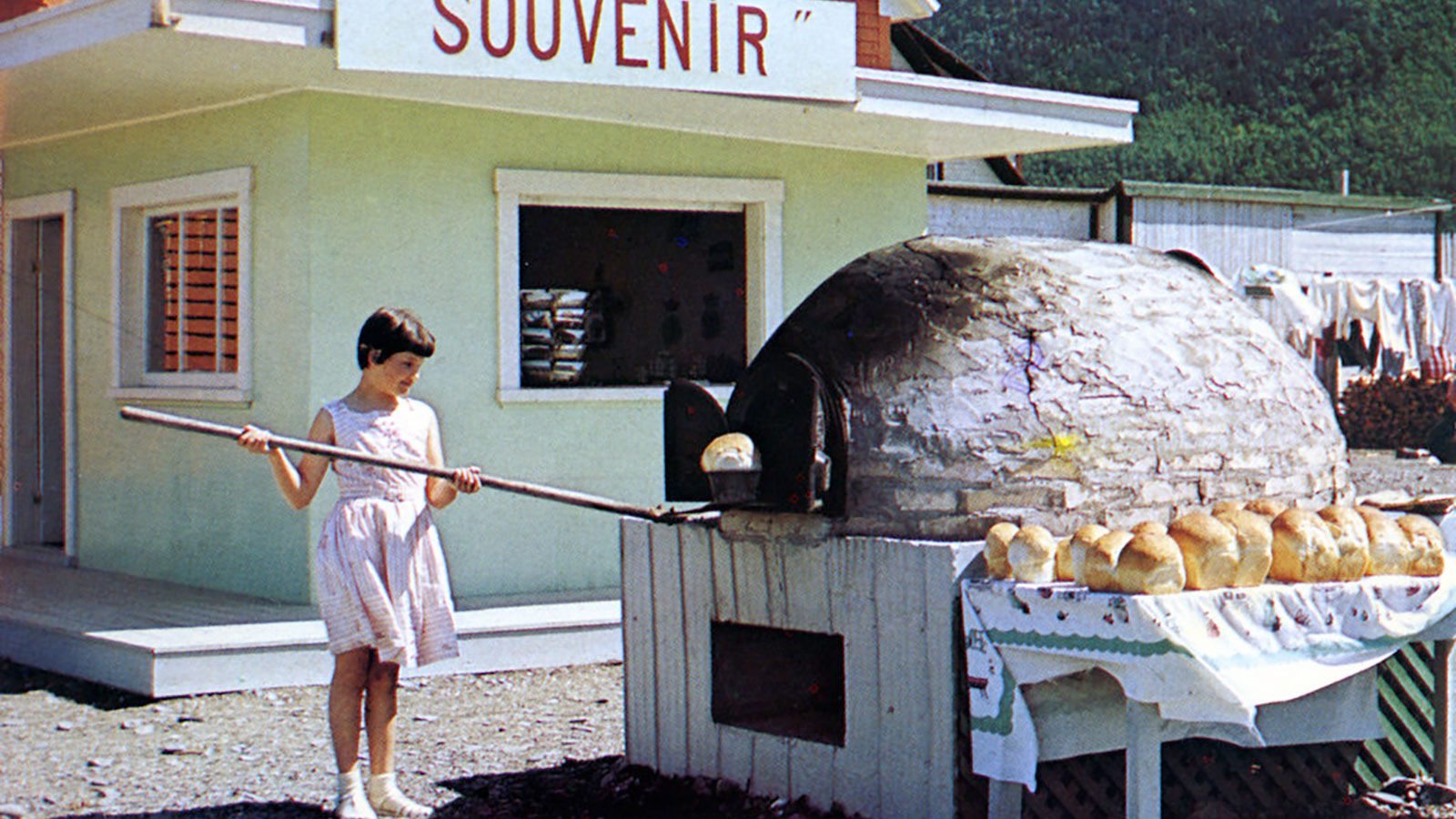 In the early 1960s, I traveled with my family on a two week vacation trip from Buffalo NY, through New England, north through Maine into the Canadian Province of Quebec to the Gaspe Peninsula. We returned to Buffalo by crossing the St. Lawrence river further into Quebec, passing through Quebec City, Montreal, Toronto and back home. The Gaspe Peninsula, at that time, was a very rural area inhabited mainly by fishermen and small agricultural communities. The area was very economically depressed and families sold home made souvenirs, bake goods, hazel nuts, and wooden sailboats along the roadside to make extra money. French is the native language in the Province of Quebec. This was before interstates and fast food restaurants. We were camping in a small tent trailer pulled by the family station wagon. There is a famous and beautiful rock formation just off shore near the town of Perce which is a tourist destination. It was a wonderful, once in a lifetime trip! 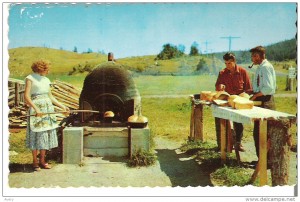 Typical family Gaspe bread oven along the road, circa 1961

We traveled a two lane road that followed the shore of the North Atlantic Ocean. Families along the roadside and the occasional souvenir stand, sold fresh baked bread, baked outside, in an outside “pizza” oven. It seemed like almost every house had an outdoor wood fired oven. Near the oven, you would see fresh baked bread and possibly loaves of dough rising in the warm sun. The loaves of bread would be set out on a table for sale. As I recall, purchasing the loaves was self service, and after selecting your loaf to buy, you simply put your payment in a box or a coffee can. This bread had a wonderful smell and flavor, being crusty on the outside and moist on the inside. We would have purchased sliced ham, bologna, or extra sharp cheddar cheese to make simple sandwiches with this bread. It was delicious!! 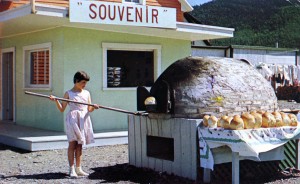 Gaspe oven and bread for sale, circa 1961

Recently I went on a quest to find a recipe for this bread, but could only find one, photo copied from an old 1961 newspaper article. The article was not printable. I have copied this recipe and have reproduced it here. The article noted that there were numerous recipes used by many Gaspe bread makers and this is just one example. After baking the bread, it has the same smell, flavor and texture that I remember. The full recipe makes two loaves. I added a list of ingredients for one loaf. The only adjustment is to shorten the baking time for the single loaf to maybe 30-35 minutes.

My sister suggested using the left over “potato” water from the mashed potatoes. We tried that and it worked just fine. Just be sure to let the water cool enough so it will not kill the yeast. 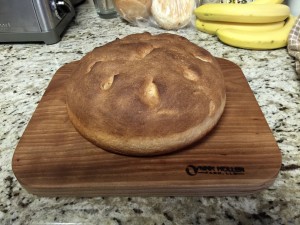 Fresh baked and ready to cut 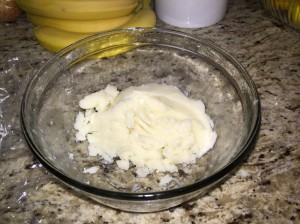 In a mixing bowl, stir water and yeast together until yeast is dissolved. Add lukewarm potatoes, sugar, salt, butter and 2 Cups of flour. Beat two minutes at medium speed on electric mixer or 300 vigorous strokes with a spoon. Stir in enough of the remaining flour to make a soft dough.

Turn out on a lightly floured board and knead until elastic – about 10 minutes. (The dough will be slightly rough and dull looking). Place in a greased bowl turning once to grease all sides. Cover and let rise in a warm place (80-85 degrees), that is free from draft, until doubled in bulk – about 30 minutes. 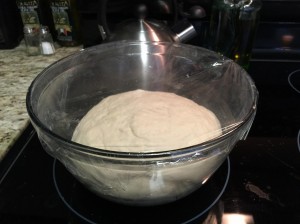 Let the dough double in size

Punch down dough, cover and let rise again until doubled – about 20 minutes. Punch dough down and divide in half. Shape each half into a ball. Press into two greased 8 inch layer cake pans and let rise again until doubled in bulk – about 20 minutes. Bake in a hot (400 degrees) oven about 40 minutes (30-35 minutes for a single loaf). Remove from pans and let cool on wire racks away from a draft. 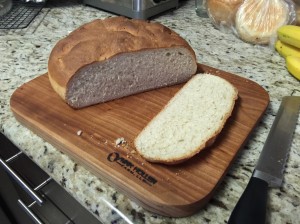 Crusty on the outside, moist on the inside