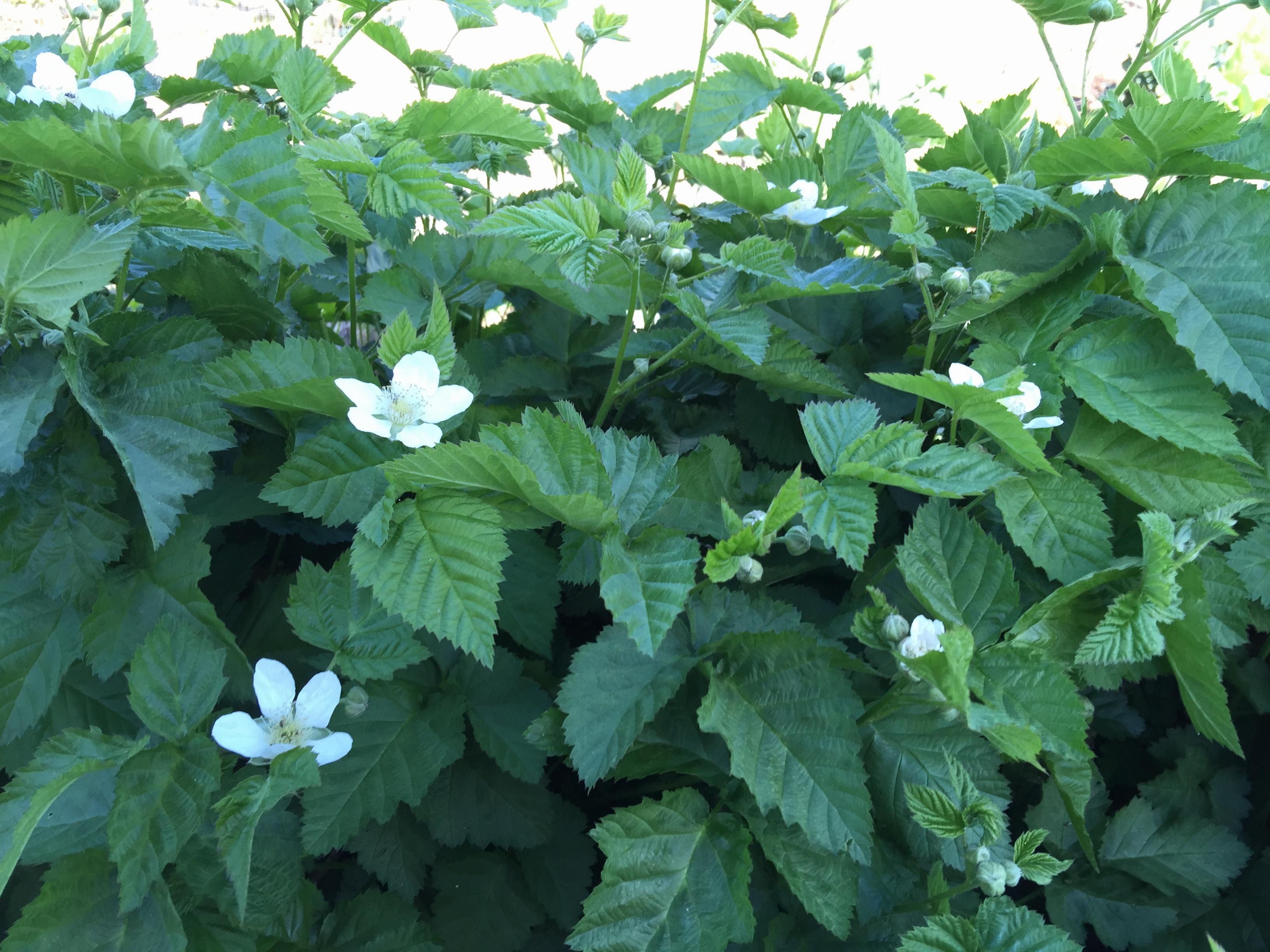 Boysenberries – Bringing a planting back to life

Boysenberries are a bramble berry that originated as a cross between a European raspberry (Rubus idaeus) and a common blackberry (Rubus fructicosus) an American Dewberry (Rubus aboriginum) and a Loganberry Rubus X loganobaccus). Rudolph Boysen gets credit for the boysenberry, but the heritage of the berry may have also been influenced by John Lubben (lubbenberry), and Luther Burbank. The boysenberry was somewhat lost to history, but was found and brought back to prominence by Walter Knott of Knott’s Berry Farm fame and George M. Darrow of USDA plant breeding fame. The Knott’s made a business out of making boysenberry pies and preserves. The boysenberry has now lost most of it’s prominence again to bramble berries that are more economical to produce.

To us, the boysenberry has the appearance of both the raspberry and the blackberry. The color, flavor and drupelets are more similar to a raspberry, but the berry has a “core” like a blackberry. A raspberry core is hollow. We picked just a handful of berries last year.

In late March, we rented our community garden plot in southern California, we inherited a planting of boysenberries. The boysenberries had been planted a year or two previously, a simple trellis installed and then left unattended. The planting had lacked for water and fertility and was overrun by bermudagrass. 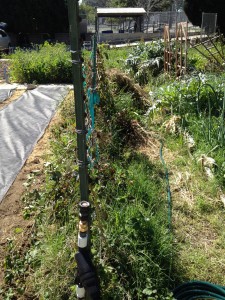 The first thing we did was to apply a 30 day supply of Miracle-Gro fertilizer, and a 90 day supply of Osmocote fertilizer to the base of the plants. Next we installed two drip irrigation lines about 10 inches apart at the base of the plants. Then we installed black landscape fabric for weed control and covered it with about 4 inches of “weed” mulch. The weed mulch was from weeds we gathered as we cleared the rest of the garden plot. 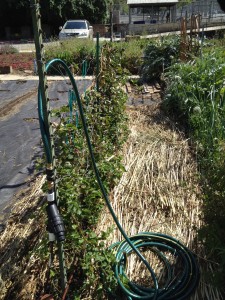 Smothering the bermudagrass with “weed” straw

After a few weeks of regular watering and renewed soil fertility, the plants responded with the appearance of vigorous new cane growth. 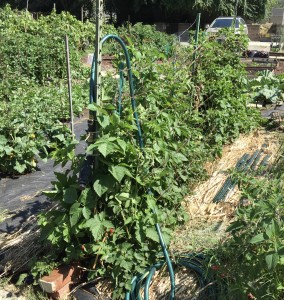 The extra water and fertilizer is starting to pay off

As the new growth became very vigorous we started to train the long canes to achieve a desired height and trained other canes over the top of the trellis to keep them off the ground. 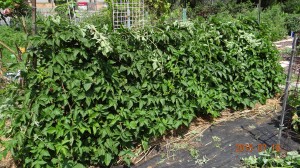 As we approached the end of August, we stopped fertilizing to inhibit new growth and let the plants “harden” a little going into winter. The amount of established canes will be sufficient for full berry production next spring for the cane training system we used. 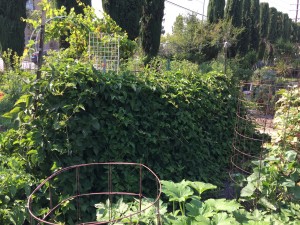 Sometime in November or December we cut the base of the canes, which had overflowed on the ground at the base of the trellis. We cut the canes about a foot above the ground. By doing this, it will improve air flow and disease prevention. It is possible that we did not cut the bottom cane growth high enough and we will need to observe what happens when the fruit matures for positive or negative results. 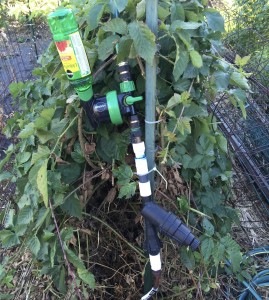 In late December, January and February, we made an application of liquid Miracle-Gro fertilizer through the drip irrigation system to encourage rooting during this cool, moist period. Our whole garden is connected to this drip fertilization method. We like this method of fertilizer application, although we cannot use it all the time, because not all our garden plants need to be fertilized at the same time. 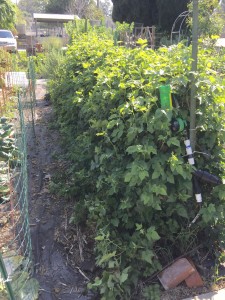 As soon as temperatures began to rise late in February and early March, the dormant plants began to grow again and started to form flower buds. The plants looked very vigorous. 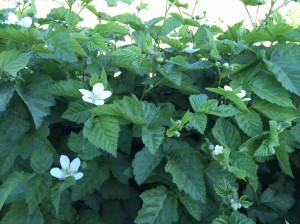 The volume and health of the boysenberry plants indicate that we will have an ample crop of berries. 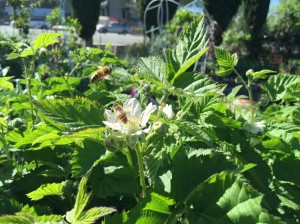 We are fortunate to have a good population of honeybees in the area to help pollinate our blooms. We do not know where they come from in our urban setting, but we are glad they are visiting our garden.