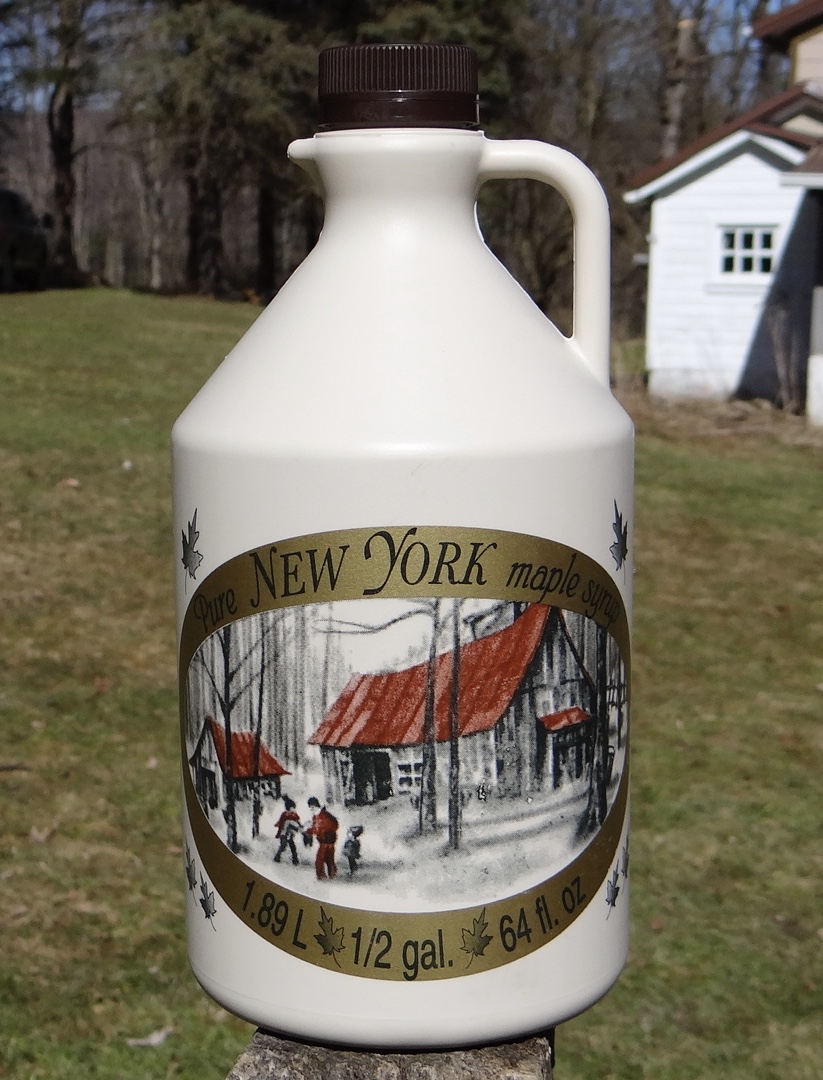 By Mark KitsonFebruary 11, 2016No Comments
Download PDFSend to Printer
[print_link] 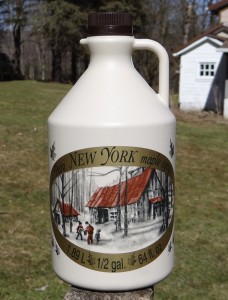 Every year late February and March is maple syrup season in western NY state. A couple years ago I visited my friends, the Pixleys, who have been making maple syrup for more than 60 years. The process starts in mid February or early March tapping the maple trees and maintaining their tubing system for the upcoming maple syrup season. 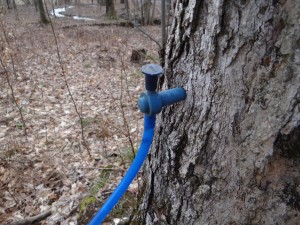 The number of taps in a single tree is determined by the size and health of the maple tree. A very large tree may have 3 taps in the same tree. Smaller trees may only have one tap and other immature trees in the forest will have none. The sap runs best when the daytime temperature gets into the upper 40’s or low 50’s and the night time temperatures dive into the mid 20’s. At the beginning and middle of he maple syrup season the sap will run clear. At the end of the season it will start to turn more yellow signaling the end. 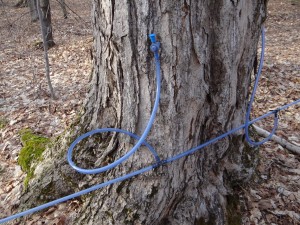 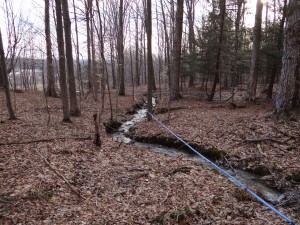 The tubes carry the sap towards the collection tank

The tubing system is used when the maple trees grow on a hillside and the flow of sap can be directed downhill towards a collection point. At the collection point it flow into a stainless collection tank. Another system is to put metal taps into the trees and hang buckets which collect the sap. 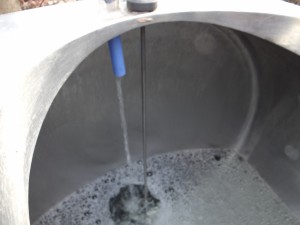 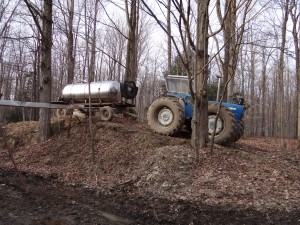 This Sugarbush building contains two large wood fired evaporators, tank storage for the sap waiting to be boiled, a large woodshed to store firewood, and a kitchen. The roof of the building has two large smokestacks for the wood smoke to exit and one large vent opening for the steam to exit the building. 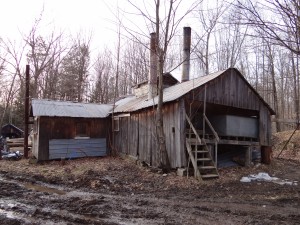 It takes a really hot fire!!

The hot fire combined with the boiling sap make the building very hot and humid. It takes a special type of person to be successful at this enterprise. When the sap is running freely from the trees it becomes almost a 24 hour a day job to collect the sap and boil it into syrup. The outside conditions are often cold, wet, snowy, icy, windy and muddy. The inside conditions are extremely warm. 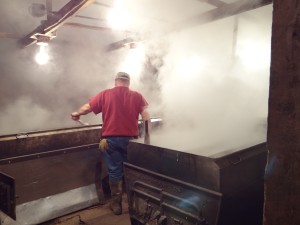 The evaporation creates a lot of steam

When enough water has been evaporated from the sap it is determined to be syrup with the use of a hydrometer. This instrument measures the specific gravity of the syrup. The specific gravity is related to the sugar concentration. Too thick or too thin is not acceptable. A person with a lot of training and experience is required to do this. Making maple syrup is part art and part science. 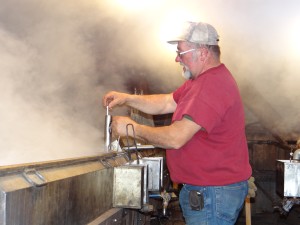 Once the syrup is ready, it is drawn off in small batches, filtered and then poured into stainless steel drums. When the season is over the local producers will gather to sell the syrup to wholesale buyers. Most producers also keep and sell smaller quantities to friends, neighbors and other interested parties. The syrup is also sold locally in gas stations, restaurants, roadside stands, and at producers homes. Some producers have their own website for retail sales. 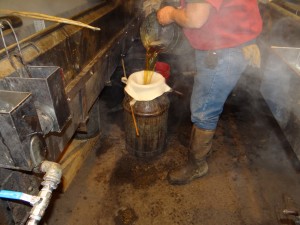 A sample is taken regularly and taste tested to maintain quality control. Changes in the weather and changes as the season goes from start to finish can influence the flavor and color of the syrup. Maple syrup has different grades depending on color and flavor. Each drum of maple syrup is graded so that it can be sold meeting specific criteria. Different grades are preferred depending on how the maple syrup will be used. Higher grades are often eaten fresh from a bottle or jug and lower grades may be blended with other sweeteners or products. 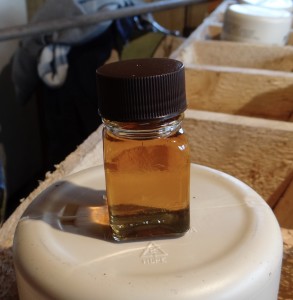 There is a special feeling of hard work and accomplishment after a day of making maple syrup. When working late into the evening on a cold snowy night, one pauses to walk outside to cool down from the immense heat of the building. To look up at the glow of the smokestacks and evaporator and see the big snow flakes coming down is almost magical. Other nights you may be looking up into a night sky full of stars far away from the city lights. 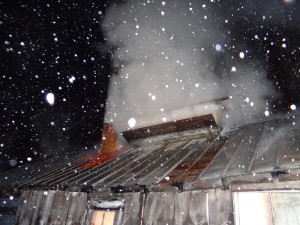