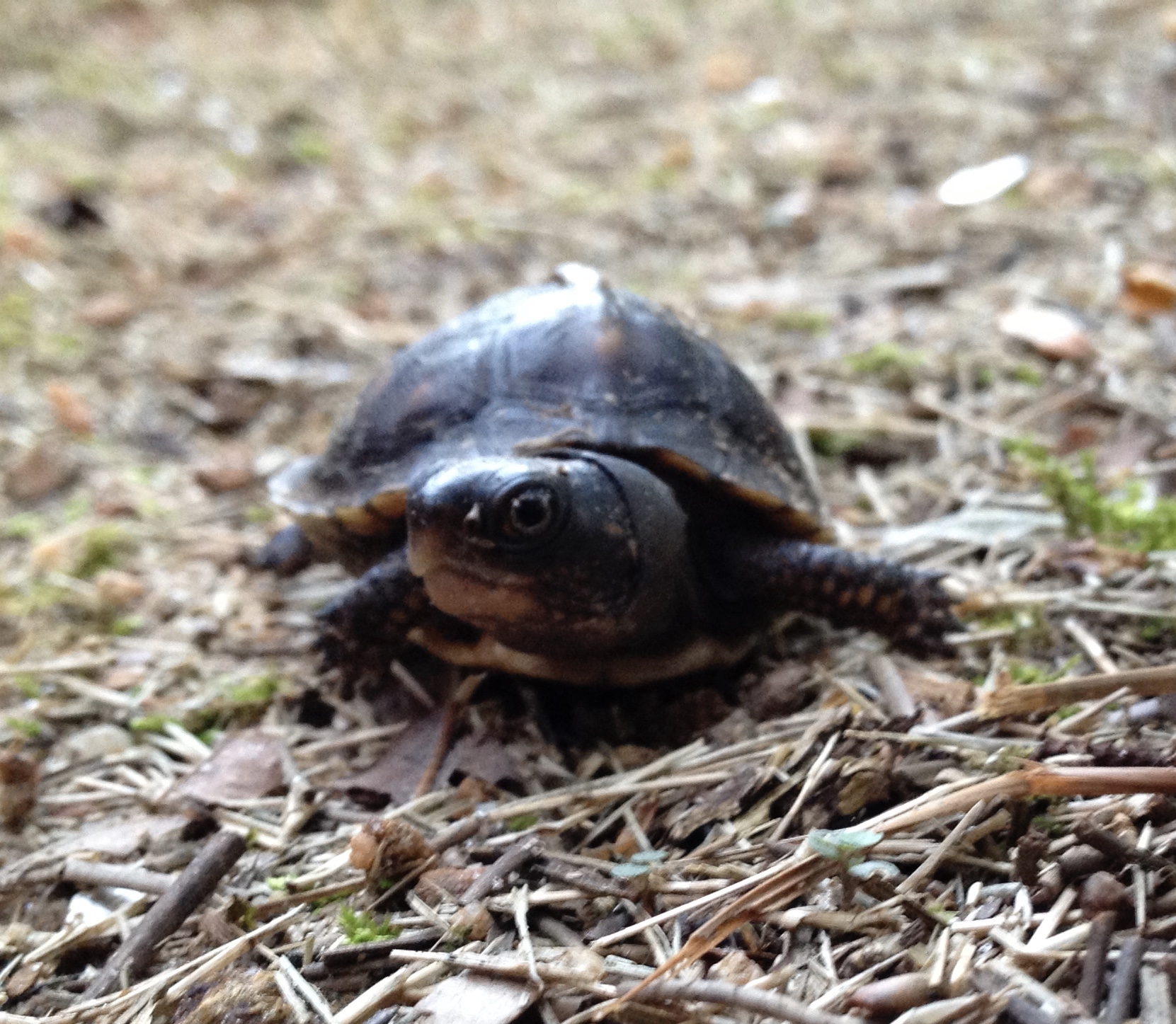 In mid October in north GA we were removing our summer flower beds and replanting pansies for the winter. When walking through the yard our eye caught a newly hatched Eastern Box Turtle (Terrapene Carolina, Linnaeus). We see mature box turtles regularly in the yard so finding the hatchling was not surprising, although we had never seen one before.

Box turtles will mate in the spring shortly after emerging from hibernation. The females lay eggs in a chamber they make in the soil in June or July. Hatchlings will emerge in 70 to 90 days depending on the weather. Since turtles are cold blooded, the eggs will have a tendency to emerge earlier in warmer weather with sufficient moisture to keep the soil soft.

In our case we found this hatchling within a few weeks of hatching. Since harsh winter weather is sometimes fatal to hatchlings, we decided to keep the turtle over the winter for spring release. 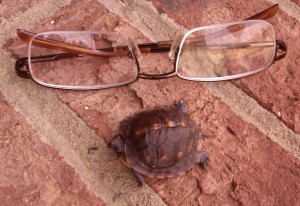 After a little research we determined that feeding the hatchling meal worms would work best. Meal worms can be purchased at a local pet specialty store. The meal worms stay alive for several weeks if kept in the refrigerator and the turtle seemed anxious to eat them. Although mature box turtles are omnivorous, eating both plant and animal flesh, the hatchling are carnivores. 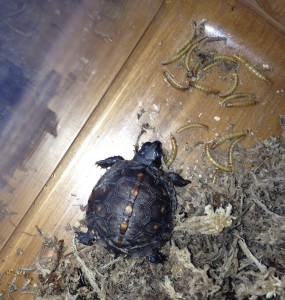 Throughout the winter months we observed the turtle eating well and growing well. As spring approached we decided to set it free. 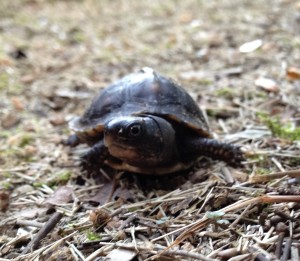 In early April on a nice warm sunny day we placed the hatchling on the ground not far from when we originally found it. It sat still for so long I became tired of watching it and I became distracted by something else in the yard. When I returned a few minutes later, it was no where to be seen. Certainly it had scurried under the nearby dead leaves in the woods just a few feet away. 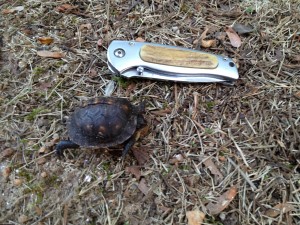 The Eastern Box Turtle has several color and shape phases. We observed both the box turtles pictured within our neighborhood. We often see evidence of their visits to our vegetable garden where they feed on low hanging tomatoes. You can tell by the bite marks that it is not a squirrel or some other animal. 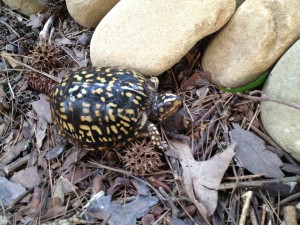 Although these box turtles look quite different in their appearance, this is quite normal for Eastern Box turtles. They are a welcome sight in our yard. We mainly see them in the spring or early summer before the hot months of July and August, and then again in early autumn as the temperatures cool down. 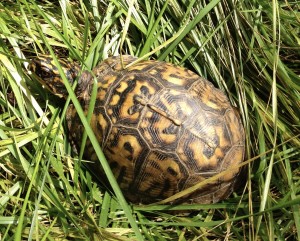