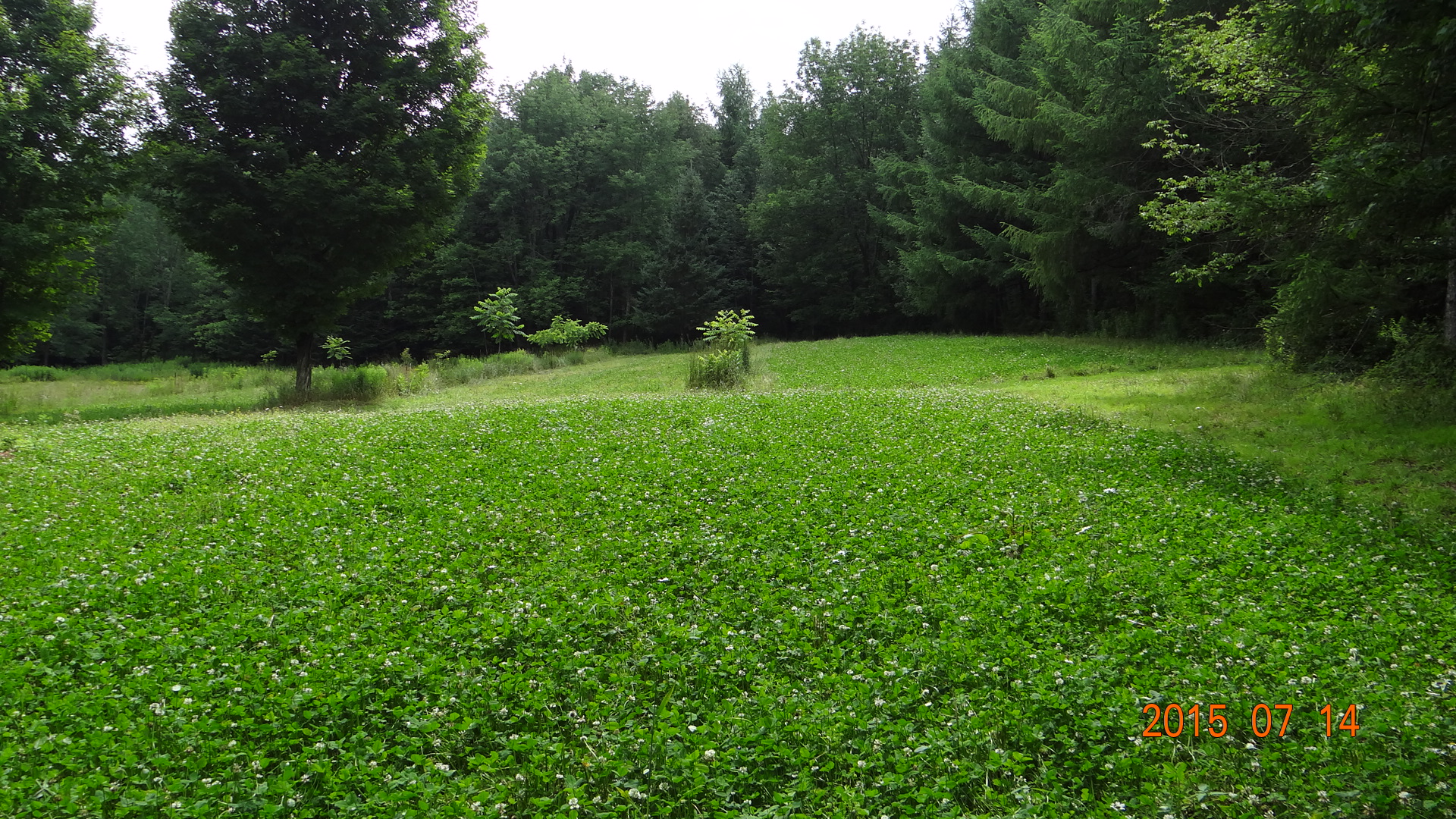 In August of 2014 we decided to expand our perennial acreage of Whitetail Institute whitetail clover. The plot areas that we chose were newly cleared areas where annual brassicas had been planted the previous year. We had our ground prepared but were in a little bit of a hurry due to some expected heavy rain. We manually spread our seed with a canvas type cyclone seeder with a hand crank. In one area we over seeded some rye as a nurse crop just to see how it might work. 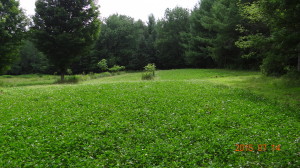 We were not able to check on this plot again until July of 2015 when we mowed it to about 10 inches tall. You can see how the plot has filled in nicely and has created a great source of food for both our whitetail deer and our honeybees. We hope to get some clover flavored honey. 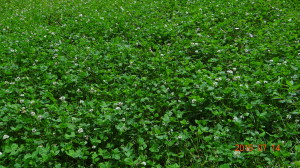 When we checked on the plot with the rye nurse crop in July, the rye was about five feet tall with grain heads in the dough stage. A nurse crop basically functions as a protective barrier by providing a wind break, and shade for the germinating clover, helping it to become established in adverse conditions. We hope we mowed the rye in time to kill the seed in the grain heads. If we did not, we may get some secondary germination this fall. The remnants of the rye straw was still visible in July, but will gradually decompose and disappear. The decomposing rye will add calcium and nitrogen to the soil. In an open winter, without snow, you might expect to see a better stand with a nurse crop than you would in a stand without the nurse crop. 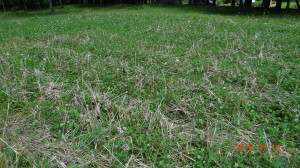