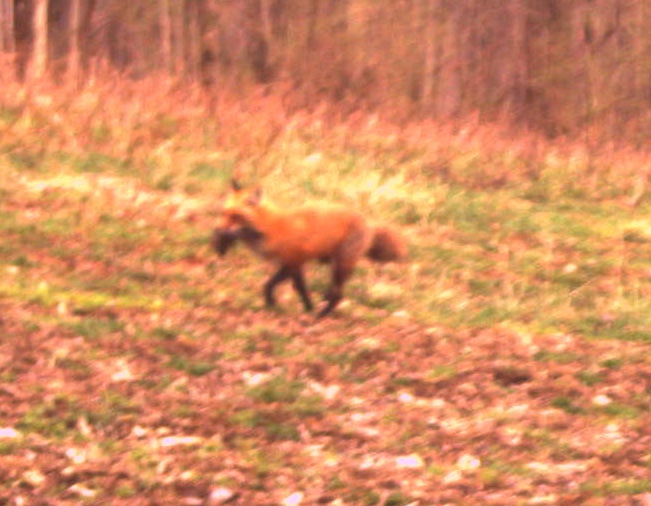 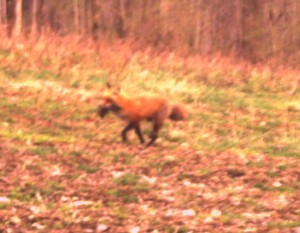 Fox Feeding the Kits! Our remote camera caught this female Red Fox returning to her den with something in her mouth. It appears that it could be a black bird. We know where she is heading because there has been an established fox den in the woods just behind the barn for several years. We witnessed last years kits playing in front of the barn on a nice sunny May morning. Kits are normally born between March and May. In previous years we have observed the remains of chickens and a wild turkey on the ground near the den. We have also observed foxes catching mice in our fields. Our neighbors got rid of their chickens last year, so that won’t be on the menu. The camera usually captures this fox going by 2-3 times a day or night. It takes a lot of food to feed a litter of 1-10 kits, which is the normal litter size. We have a competing population of Coyotes which will sometimes force foxes to move out, but so far, our Foxes are staying put.