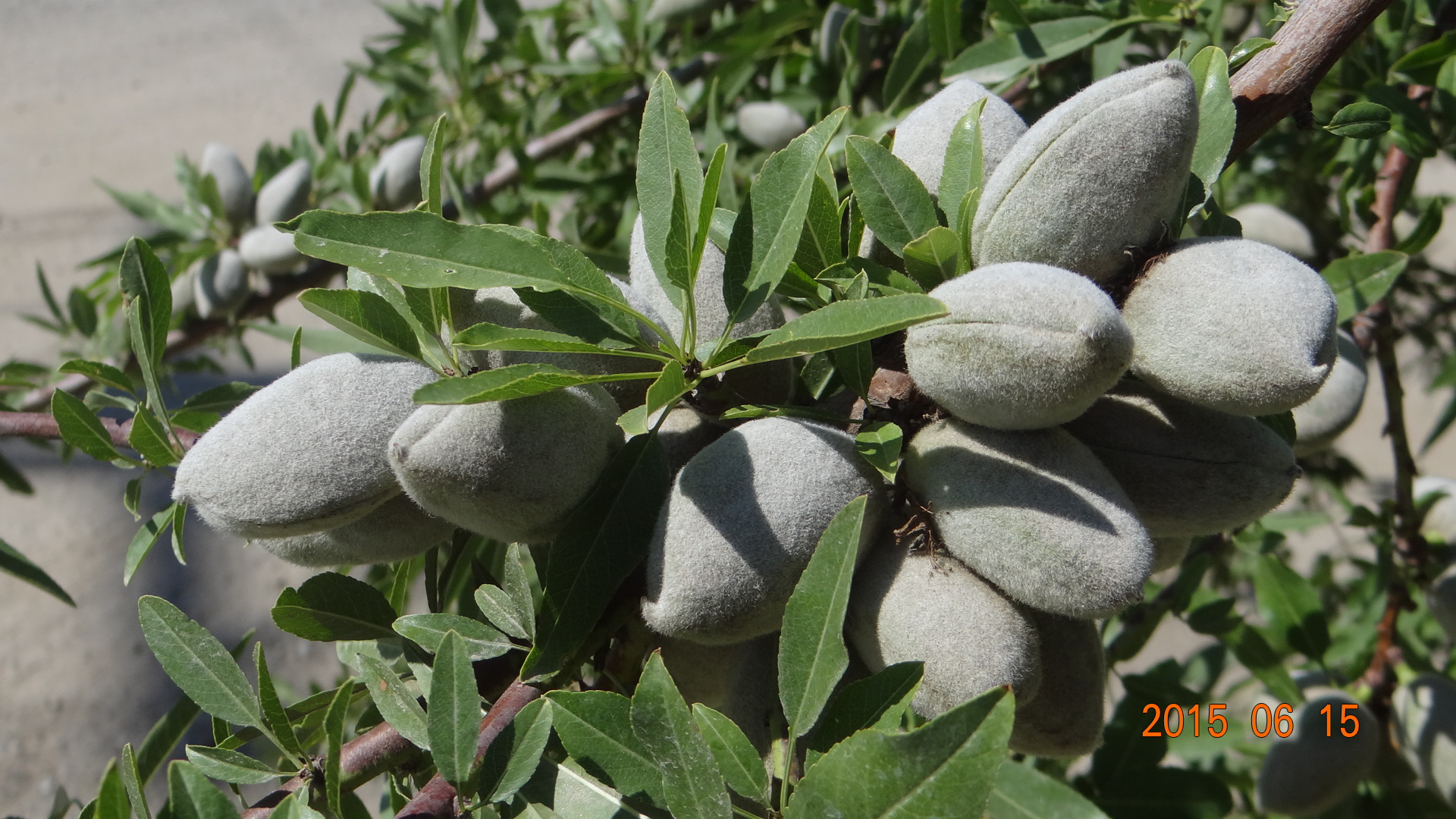 California produces 100% of the almonds in the United States of America and 75% of the almonds in the world. Spanish Franciscan Padres introduced almond trees into what would become California, in the mid 1700s. The almonds are grown in the Central Valley in California. Almond trees start to bloom as the weather gets warmer in January and February. Almonds are not self pollinating and require at least two different varieties to successfully produce fruit. Honeybees are required for maximum pollination. After pollination a fuzzy gray/green hull begins to grow which will contain the almond kernel. 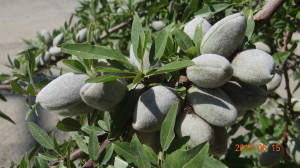 The hull continues to grow, harden and mature until July. Next the hull will begin to split and open. From mid August until late October the split will open exposing the almond shell and causing it to dry, as well as the kernel inside the shell. To harvest, the trees are shaken with a mechanical “tree shaker”. The nuts are allowed to dry further on the orchard floor and then swept into rows where they are picked up mechanically. During hulling the shells are separated from the kernels.

After harvest, in November and December, the almond tree begins to start the whole process over again by developing new flower buds for next years crop.

Right now the biggest challenge to growing almonds is the extended drought in California which has already had a limiting impact on almond production.