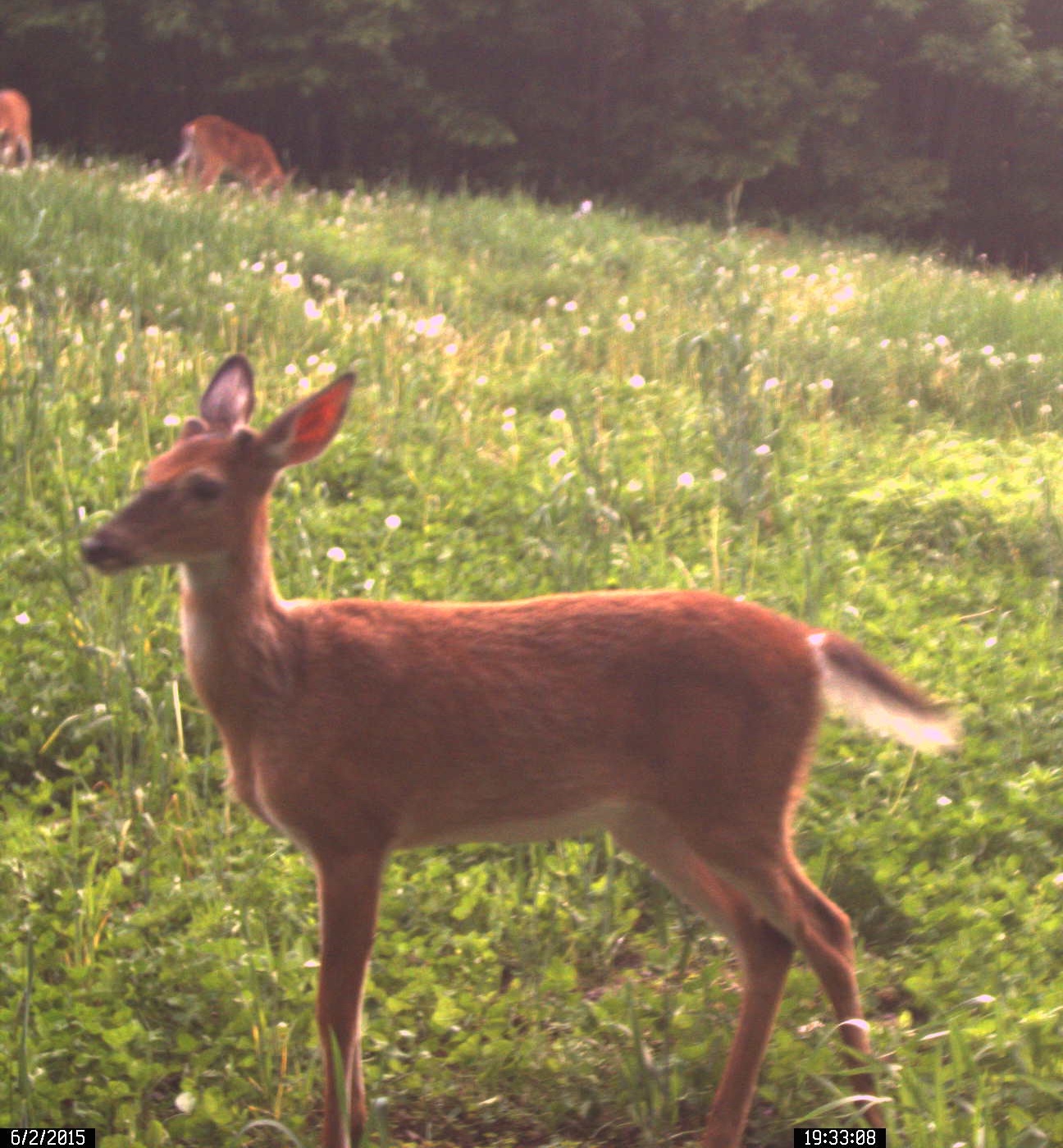 Time to Grow a New Set of Antlers! 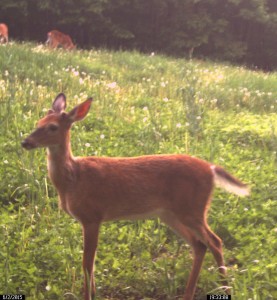 Time to Grow a New Set of Antlers! We believe this young whitetail buck was a fawn last spring. Only male deer have antlers. Some other animals that have antlers are Moose, and Elk. Antlers differ from horns because antlers fall off each year and re-grow the following spring and summer. Horns like on a cow or goat are not lost and continue to grow throughout the life of the animal. Last year we had several fawns that grew up in front of the camera and we think this is one of them. As you can see this young buck is starting to develop antlers with two “buttons” covered in velvet forming on the top of it’s head. The place where the antler attaches to the base of the skull is called the pedicle. While the antlers are growing they are covered with a hairlike membrane which is is called velvet. The velvet covering supplies a very rich blood supply to the growing antlers. In late summer and early fall, blood ceases to flow to the antlers and the remaining velvet is rubbed off by the deer in time for the breeding season. The antlers are used for fighting other male deer during the breeding season, primarily in late October, November and December. Shortly after the breeding season in January or February the antlers will fall off and are called “sheds”. Then next year the male deer will grow a brand new pair. During the life span of a whitetail deer, which is usually less than 8 years, the antlers will normally grow larger each year until the deer is about 5 years old. For this young buck, his first set of antlers will most likely only grow to be a pair of “spikes” or a small set of antlers.

Time to Grow a New Set of Antlers