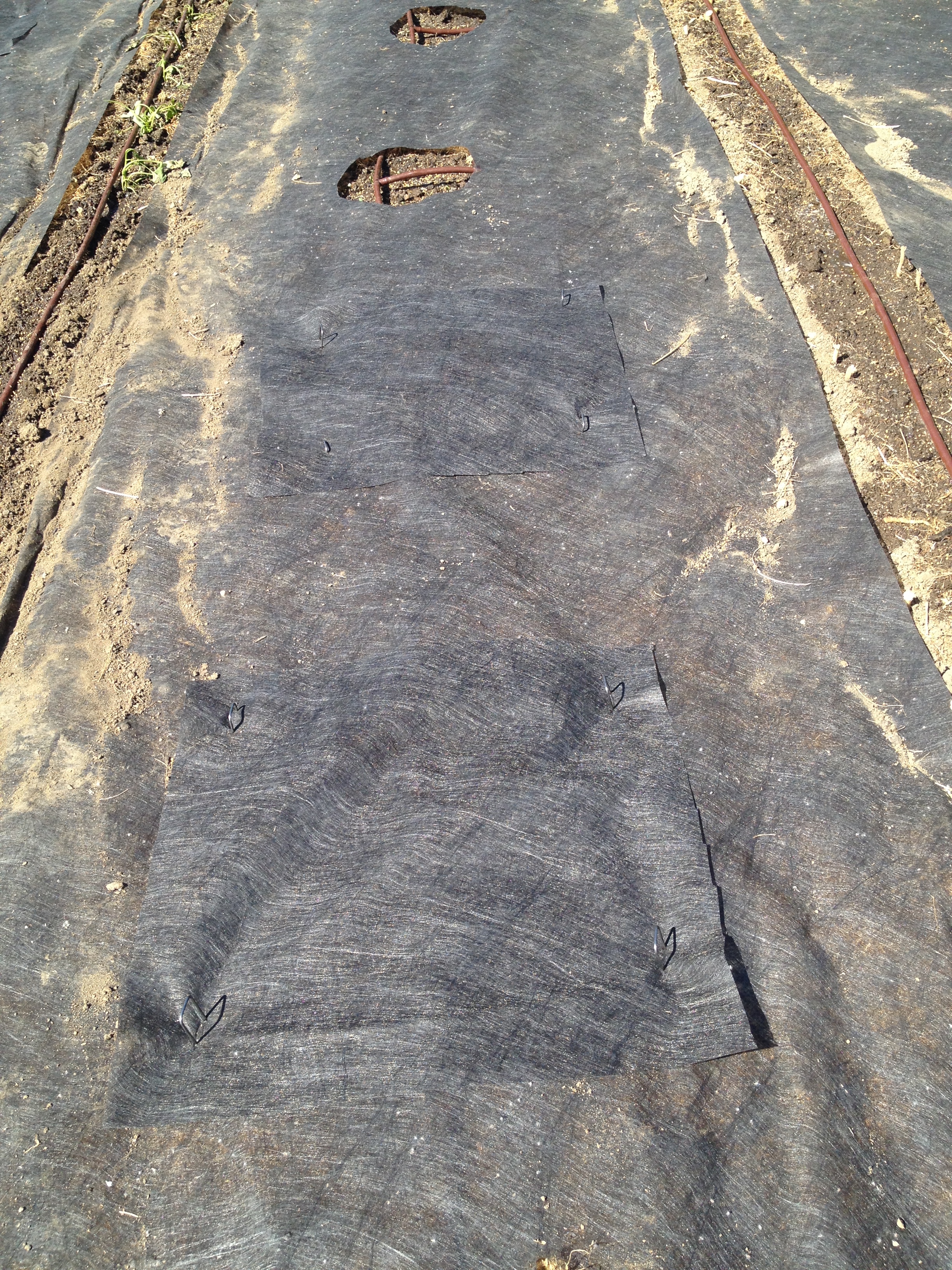 We direct seeded some seedless watermelons and eggplant outside in field conditions. Both seed packets contained instructions requiring a warm seedbed for proper germination. Both suggested that we should start these seeds in a greenhouse setting, but not having these conditions, we gambled and planted them outside anyway. The soil was warm at the time of planting but old mother nature fooled us once again (It was near April Fools Day!) and listed a cool forecast for about 10 days. What to do? We cut landscape fabric squares, and placed them over the germinating seed, using landscape staples to hold them down in the wind. This is a medium to light weight fabric that allows both some light and rain to penetrate. We concluded that this fabric would allow air and moisture movement but that the temperatures under the fabric would be increased during the day and moderated at night. Most importantly the soil temperature would be held moderately warm through the entire cool period. This is exactly what happened. The watermelon seed has germinated and the jury is still out on the eggplants, which is a very small seed. We also used this technique on some cucumbers which worked great!! We will remove the fabric tomorrow when the daily highs return to the upper 70’s and the daily lows rise back into the 50’s. 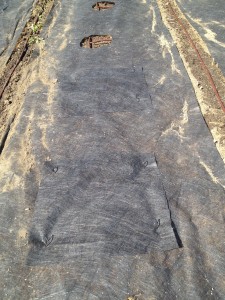