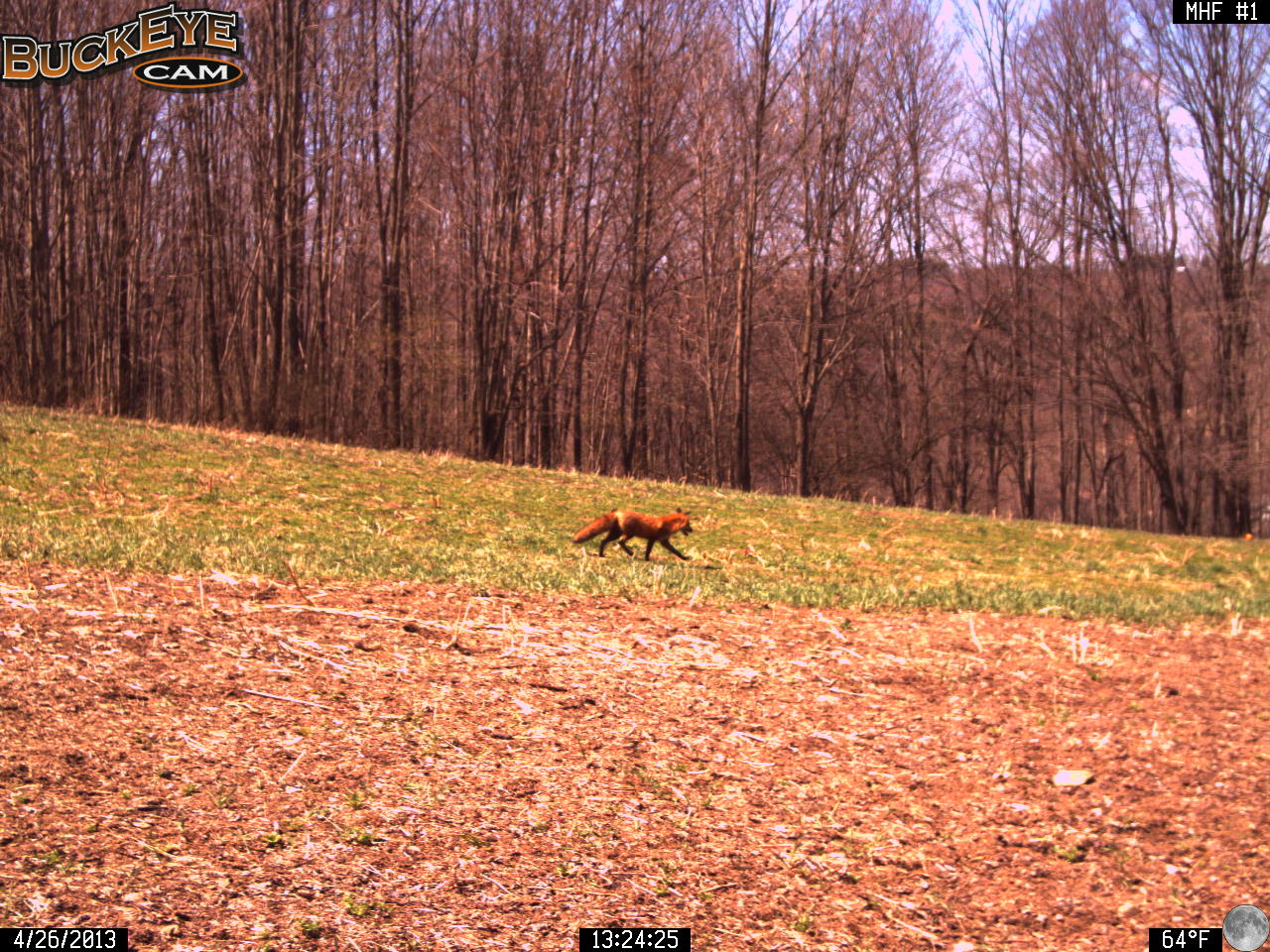 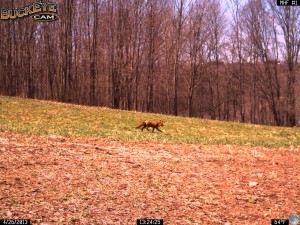 This Red Fox is on the move during the day as Spring weather warms and the clover is starting to regrow in 2013. In the direction it is headed it is on target to move towards the neighbors chicken coop. Last year we had a den with a mother fox (called a vixen) and some kits about 100 yards from this spot. There were a lot of chicken feathers around the outside of the den on the ground. The fox was also observed hunting mice in the field. It takes a lot of trips to feed hungry growing kits.