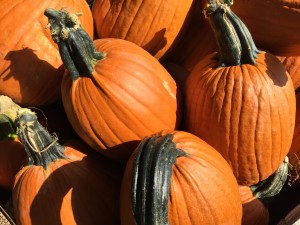 Late season peaches and nectarines were still available due to the short growing season in western NY State. In the southern states the stone fruit season is over by late September. 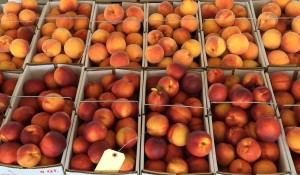 Big White Pumpkins make a more ghost like Jack-O-Lantern when carved and are also used to make pumpkin pie and all those other pumpkin recipes. 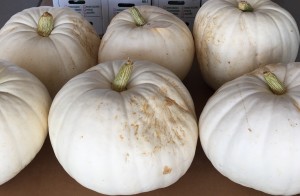 Butternut squash is a great cooking squash which has a sweet nutty flavor. 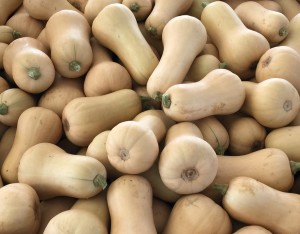 Ornamental gourds are a beautiful addition to any fall or Thanksgiving display. Gourds are appropriate for both indoor and outdoor decorations. 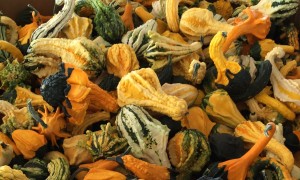 Spaghetti squash is very popular as a substitute for grain based spaghetti and other culinary recipes.

Beets! If you would try them, you might like them. We just like them peeled, boiled, diced and served with a little real butter, salt and pepper. 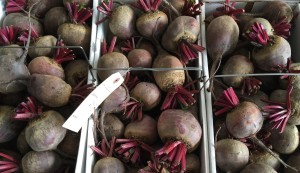 Cushaw Squash. The first time a saw a cushaw squash was in Kentucky many years ago. Being an adventurous cook, I brought it home and made the best “pumpkin” pie I ever made!! Just peel, cut in cubes, bake the cubes, mash it, and substitute the same quantity for the pumpkin in your pumpkin pie recipe. I usually copy the recipe off of canned pumpkin.

Hubbard Squash is for squash lovers!! You can freeze a lot of squash out of one Hubbard Squash. This squash also makes a great “pumpkin” pie and many other squash based recipes. We made five or six “pumpkin” pies out of one Hubbard squash last year and we still have enough frozen to make one more pie. We added dried cranberries and raisins to the pumpkin pie filling and baked it with whole pecans on the top to add some extra flavors. 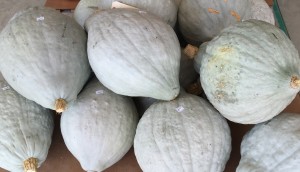 Really big pumpkins! These pumpkins make great big Jack-O-Lanterns which look great on a spooky Halloween Night!! If you have trouble getting these bad boys to stand up, just slice off the bottom inch to make it flat, so they can be stabilized for carving and displaying. 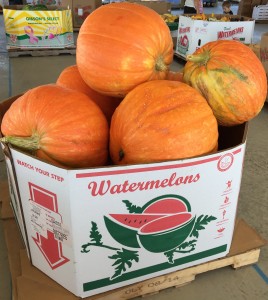 Jack-O-Lantern pumpkins – regular size and color. When we were kids, this is about all we had to choose from! These “normal” pumpkins are still great for trick or treating age children. They usually have a relatively thin skin for cutting, have a flat bottom to sit on, a good size stem to hold on to, and look wonderful carved and lighted on Halloween Night!! 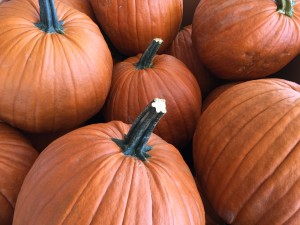